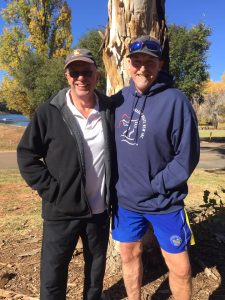 The Australian Dragon Boat Championships (AusChamps) is an annual event, and is held in a different State/Territory each year. The championships attract approximately 2,500 competitors from clubs all around the country to participate in club vs club, State vs State races.  This year they were held at Weston Park, Yarralumla, Lake Burley Griffin, Canberra ACT 17 – 22 April.

Congratulations to the Western Region team and our club members Phil (sweep) and Glen (paddler) (pictured above) who won silver in the 500m Mixed Opens with a time of 02.09.73 as part of the Western Region Team (pictured below). The Opens crew placed fourth – so narrowly beaten for third. The Women’s crew placed sixth with 0.3 second between third and sixth. The team was coached by Louise Linke with sweep Deb Clarke (Bathurst Pan Dragons). Well done all. 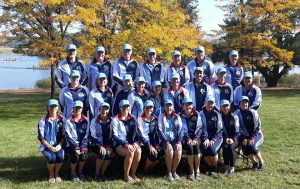